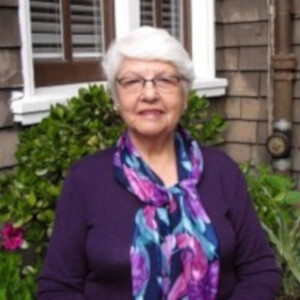 Gladys Sandlin is the former Executive Director of the Mission Neighborhood Health Center. Before assuming the directorship, Ms. Sandlin was Social Service Director and Public Relations Coordinator for Mission Neighborhood Health Center. In 1980, she was appointed to the San Francisco Commission on the Status of Women by Mayor Dianne Feinstein. From 1977 to 1980, Ms. Sandlin worked with the Perinatal Health Project of the University of California, San Francisco and San Francisco General Hospital. From 1974 to 1977, Ms. Sandlin was de Program Coordinator for the Educational Unit of the American Cancer Society of San Francisco in the Mission District. Ms. Sandlin was a founding member and past chair of the San Francisco Perinatal Forum and Board of Directors of the American Heart Association. She is an emeritus member of the California Primary Care Association, Board of Directors. She was President of the Board of Directors of the San Francisco Community Clinic Consortium and of the San Francisco-San Mateo American Lung Association; a current member of the Mission Neighborhood Centers Board of Directors. She participated in the first National Health Care Reform Committee. Ms. Sandlin advocates unceasingly for the health care rights of Latinos, locally and nationally. Through her active participation in numerous health organizations, she ensures that the particular health and socioeconomic issues affecting the Spanish speaking population are understood and that resources are allocated to the Latino community. In 1998, Ms. Sandlin was presented with the State of California Legislature “Women of the Year” award, in recognition for her outstanding service and dedication to the people of the State of California.